My paintings should be perceived not as works of art, but as, let’s say, a landscape that we can see outside the window.

Zdzislaw Beksinski – one of the most famous and most original Polish painters. His works are widely recognisable all around the world and deemed unique by many people.

I’ve been painting since my early childhood. I used to draw officially modernised – but cribbed from Grottger – partisan scenes, and since “Playboy” didn’t exist back then, I was also unofficially making various drawings that earned me the praise of my peers, but certainly not the priest. He was the first person to really get wise to me, thundering from the pulpit during the retreat: “There is someone amongst you, who makes drawings so vile”. The church benches began to creak as other students turned towards me: “Son, I foretell you – when you die, your hideous works will continue to scandalise generations”.

I started to paint, I still paint, and I will probably continue to paint for two reasons. The first is the cause, and the second one is the purpose. The cause is something impossible to analyse; it is mysterious and is lost in the shadows of my early childhood. I can only take a vague guess as to what caused me to just have an affinity to draw anything that came to my mind ever since my earliest childhood.

Years of habit and cementing the stereotype formed the irreplaceable need to create. In turn, the purpose of creating is a bit terrible, a little cynical. Terrible, because I would like to use this only method available to me to overcome death and stay in the form of paintings; and cynical, because I realise that a work of art is one of the sacred cows of European culture and, as the sacred cow, has a greater than anything else chance for respect, protection and survival.

The vision that marks the beginning of exploring an image, and which may be also called the idea, is a quasi-image of something that exists in a quasi-reality, and which – in a manner not properly defined, when it comes to the majority of details – immediately appears in my mind as a self-contained whole. I only have to paint.

Unfortunately, only some things are clearly visible, sometimes so visually incomplete as “a fearful movement” or “a prideful gesture”. Usually, I can see more, but still, in many places there just either isn’t anything or there is something unspecified that I was unable to precisely record in my memory during the visions, which are usually extremely short, lasting only a second. 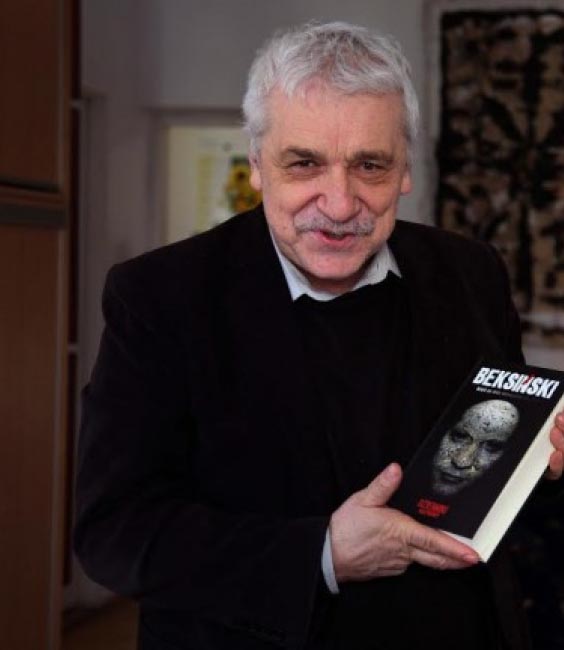 Beksinski did not like to talk publicly about his paintings. He was afraid that whatever he says will be later transformed, shortened, taken out of context. This perhaps resulted from the fact that a huge part of his artworks was born in his subconscious and he would have to make up some interpretations for his paintings himself. But why? A painting should be seen, not interpreted. 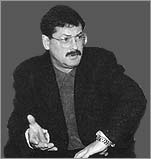 If I had paintings of Picasso or Leonardo da Vinci, I’d immediately put them up for auction and sell them for a nice sum, and I would use this money to buy the Beksinski’s paintings I don’t have yet and to build a large, beautiful museum for them.